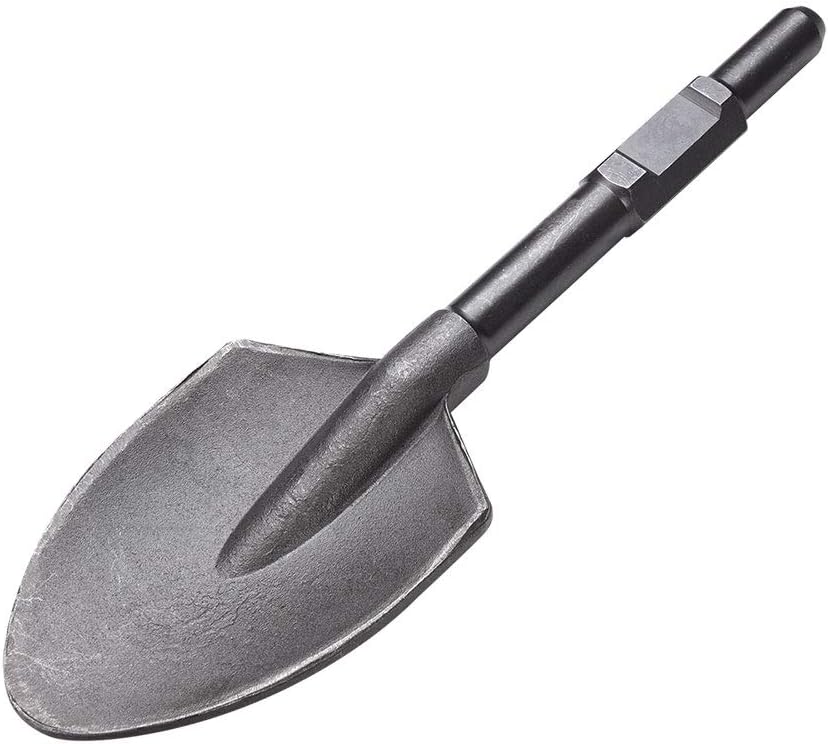 - Universal electric demolition hammer shovel with triangle blade design, fitting a hammer's chisel locking system for a 1 1/8" hex shank, for digging in garden or decoration in houses quickly and easily
- Durability - Heavy-duty 40Cr Steel by precision machined and heat-treated for long lifespan and strength to cut through tough surfaces
- Long Stank - The long stank design for reaching places at all angles easily
- Triangle Blade - The triangle blade design for stronger slicing through the surfaces easily
- Wide Use - Suitable for digging through concrete, packed soil, clay and more; Ideal for gardening works or removing tile, mortar, glazing compounds and other masonry products in buildings