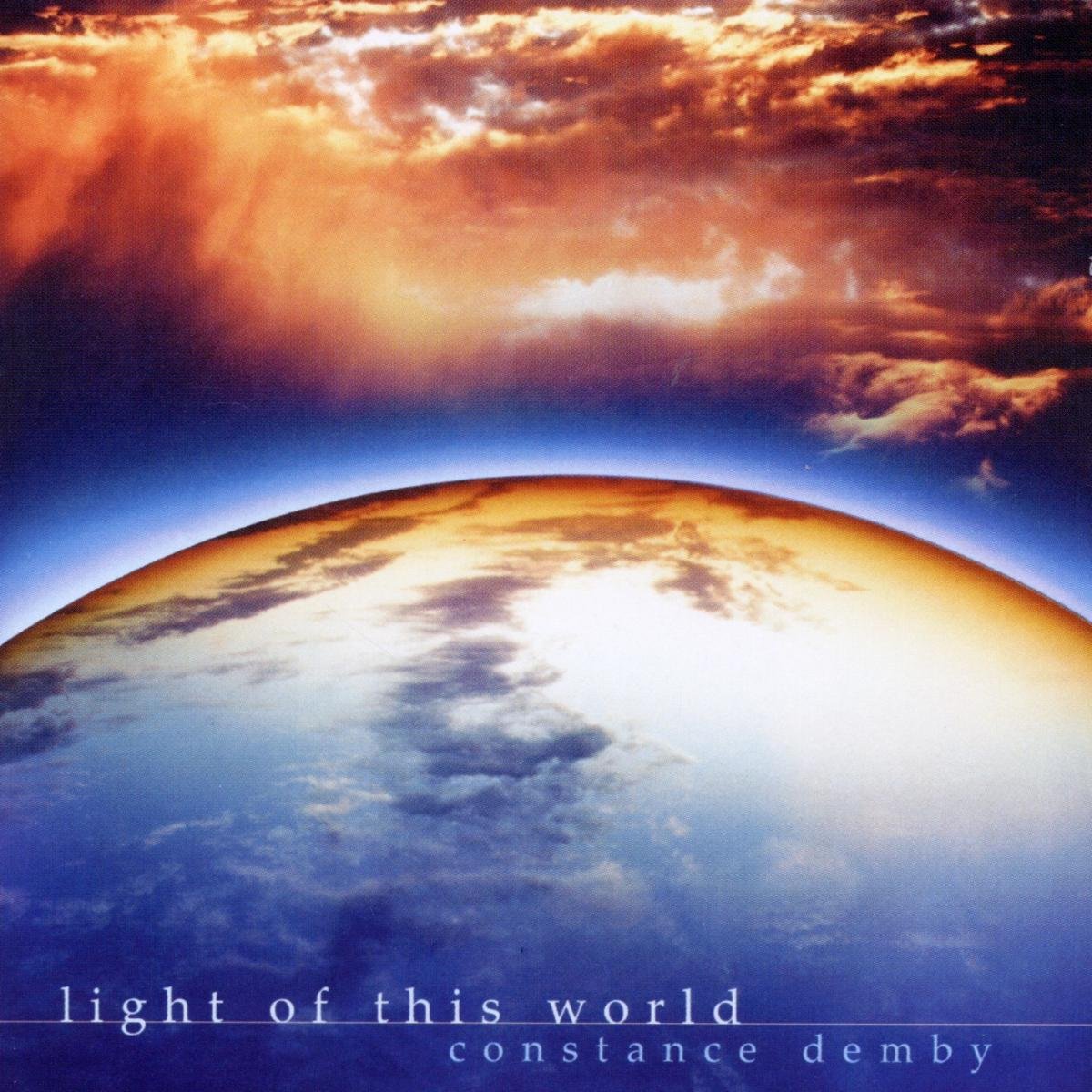 A "Best Of" Compilation Album, showcasing 13 pieces from albums Demby has recorded since 1978. A great way to sample her incredible range of styles, and her earlier recordings, many of which are classic jewels.

"Light of this World: offers a sampler of the music from Demby's 1978 Skies above Skies through the 1986 masterpiece Novus Magnificat; two bonus tracks were written for this compilation album. The title track opens the album, an inspiring and brash pop vocal piece (Demby sounds remarkably like Bette Midler) with female backup vocals, hot drums, electric guitar emulator,and bass.

"span"The title track from Demby's 1980 Sunborne also showcases Demby's voice, but in her more cosmic and chantlike mode. The instrumentation is vast -- organ sounds, trap set, piano -- a sound fit for the birth of galaxies. The exhilarating "Flying Bach" from Novus Magnificat features some fancy organ work with sampled chorus and orchestra. "Radiance" from Sacred Space Music offers an organ drone with the sparkling tones of the hammered dulcimer. Overhead, Demby vocalizes like an angel. " The Dawning" from Sunborne showcases Demby's enormous Sonic Steel Instruments, the Space Bass and the Whale Sail. Demby's 1994 live album, Constance Demby at Alaron, is represented by two pieces, "The Chakoor Bird" (on which Demby plays the resonant Chinese cheng) and "Gurudev Aja," an exotic synthesizer piece with drone. Demby's first album, Skies Above Skies, is represented by two devotional prayers, "OmManiPadmeHum" (radiant piano and organ drone) and "God Is" (a mystical work for organ).

"Sanctus" ends the album, a radiant new piece brimming with chimes and gongs. None of the pieces here tops seven minutes (the pieces may last to a half hour in the original versions), but I could not sense any had been cut. A lot of albums claim "best of"; this one delivers. Demby is a visionary musician, and this album should whet your appetite for more." - AMG

"I've listened over and over to that first song, it never fails to lift my spirit" -- Gary M."span"

"If we select one musician who embodies the evolutionary spirit of New Age music,-- that musician would be Constance Demby." -- Body Mind Spirit

"span"Constance Demby, recording artist and pioneer in her field, is an internationally known innovator of sound creations that call forth archetypal experiences, accessing and activating the deeper, more profound levels of the mind-body-spirit. Over the years she has produced contemporary classical albums that consistently deliver powerful cathartic experiences. A classically trained artist performing since the age of 12, Demby's music has been compared by critics to Bach, Mozart, Mendelssohn, Beethoven, Brahms, Palestrina, Rachmaninoff, Wagner, Puccini, Debussy, Ravel, Copland, Mahler, and Vivaldi. She is multi-instrumentalist, painter, sculptor, multi-media producer, film script amp; score creator. As instrument designer, Demby created the Sonic Steel Instruments, the Space Bass and the Whale Sail, (huge sheets of stainless steel played with bows) which generate deep, resonant, primordial sounds. Lucas Skywalker Sound recorded the sounds of the Space Bass for use in their filmscores, and Discovery Channel filmed Constance performing on the Space Bass for a special entitled "The Power of Music." Recently relocated to Barcelona Spain, Demby is currently working on new albums, and with independent filmakers on soundtracks for film and TV.